New to Arizona and the Overland thread/Lifestyle. I moved the family out to Arizona last summer after being a native Californian for 46 years. I have to travel back to LA for work 2 weeks out of the month, so I decided to get a camper instead of paying for a hotel. I also knew I would get extra use out of it going camping and exploring the new area. For what I do and use my setup for, its perfect for me... least for now :)

Looking forward to meeting cool people through here in the local and outside areas. 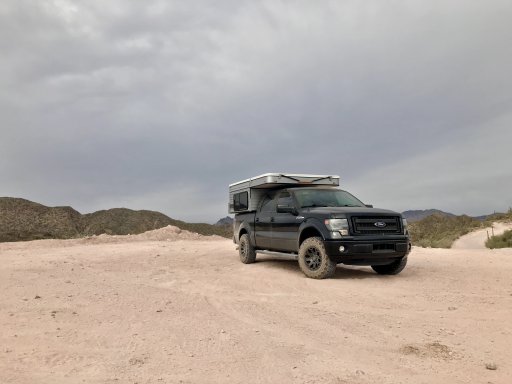 Welcome to Preskit and to OB! Hope to see you around.

Thanks man! Love being out here
Reactions: GingerBeardMan78 and Luis Merlo

Welcome from Phoenix, you have a very nice setup that works well in LA. I have spent many a night there with my previous job and I would have preferred to have done it your way.
Reactions: ADVSEKR

Welcome to OB, very smart idea by using the camper instead of a hotel. I bet you get way better morning views and sunsets than the guys sleeping in the hotel do.
Have fun out there!
Reactions: ADVSEKR